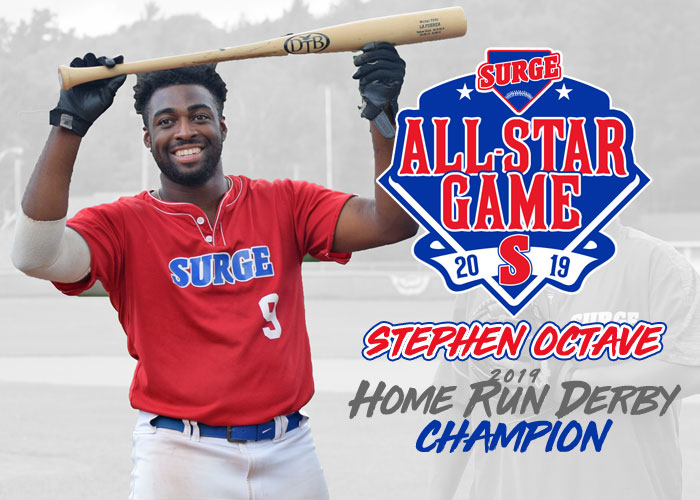 SARANAC LAKE, NY – It was a show to remember in Saranac Lake as it was a beautiful day for  an All Star Event and a ton of fun as the best players in the Empire League faced off to showcase power and skills.

One player from each team represented their city in the derby in which Road City Explorers Junior King, Plattsburgh Thunderbirds Simon Palenchar and Saranac Lakes own Stephen Octave made it to the final rounds.

It was then when Simon Palenchars exhausted final round got to him and only hit 2 home runs and Saranac Lake Surge Stephen Octave belted multiple home runs over 400 feet to take home the 2019 Home Run Derby crown.