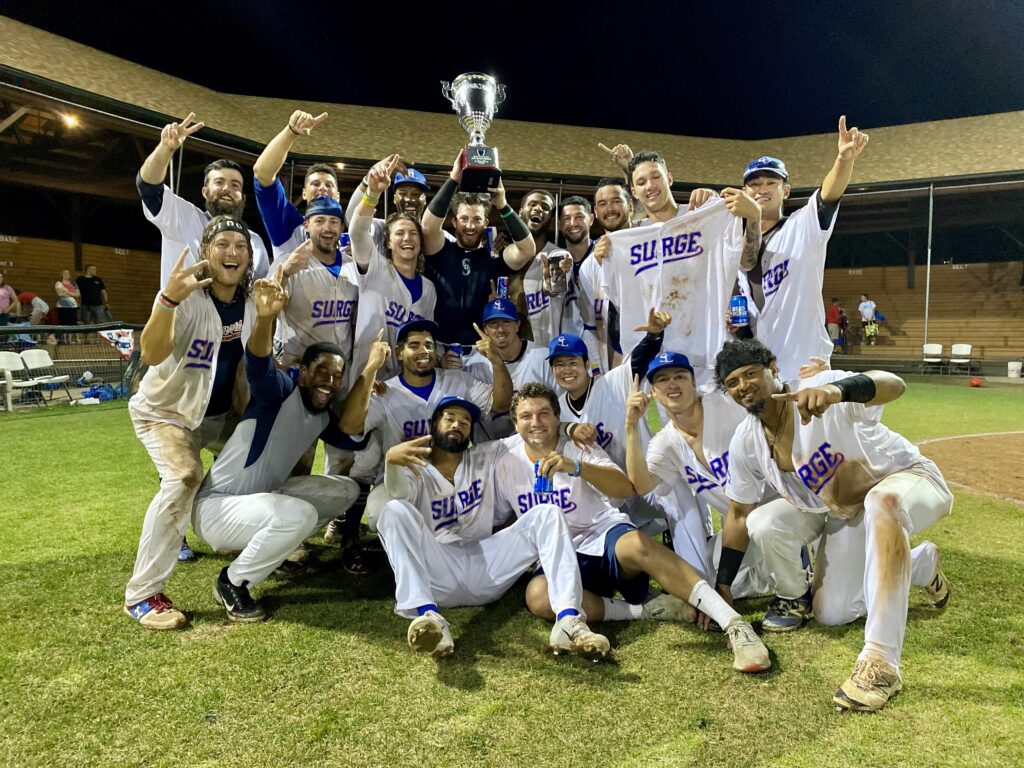 TUPPER LAKE, NY – The Plattsburgh Thunderbirds have been defeated by the Saranac Lake Surge in 5 games to bring home the 2021 Empire League Championship  to the city of Saranac Lake, NY for the first time in Franchise History.

The Thunderbirds barely made the final Wild Card spot in the Playoffs in which they would defeat the Tupper Lake Riverpigs in an intense 7-6 final score to advance to the finals against the Saranac Lake Surge. Alex Rodriguez crushed a 3-run homer to take a 6-3 lead over the Riverpigs late in the game which would end up being the winning runs and shattering the Riverpigs dreams of winning a championship in year 1.

The Saranac Lake Surge defeated the Thunderbirds  in Game one by a score of 5-4 in  another intense game where starter Jhoendri Herrera who topped out at 95 mph got the no decision and Jessell Soto earned the victory as he came in to relief with Corey Steward earning the save. Alex Rodriguez would crush a second clutch RBI single to score 2 runs. Liam McArthur went 3 for 4. Cory Alexander would go 2 for 4 scoring 2 runs in the game for the Saranac Lake Surge while Brandon Gutzler went a perfect 3 for 3.

In Game two, The Thunderbirds made history as they scored 5 runs in the bottom of the 8th inning win by the score of 9-8. The comeback against the Surge was the biggest  in League finals history. Tj Riles and Kyle Robinson both homered for the Surge but wasn’t enough as Hanley Acevedo also homered for the Thunderbirds to get the team fired up for the comeback.  Manager Sam Quinn of the Thunderbirds was ejected in the third inning for arguing balls and strikes, and Surge Outfielder TJ Riles was also ejected for arguing balls and strikes

In Game three, Sora Sakashita of the Surge faced Wirliel Rangel of the Thunderbirds in a pitchers duel. The Game ended 3-1 after a huge 2 out single by Thunderbirds catcher Alex Rodriguez to score 2 runs. The Surge scored their only run in the 8th inning when Edel Luaces scored on a wild pitch. Thunderbirds would take a (2-1) series lead.

Game four would bring the series to a Winner Take All Game 5 as the Surge jumped all over the Thunderbirds defeating them by a score of 7-2. Jessel Soto was phenomenal in this one going the distance and earning the win!