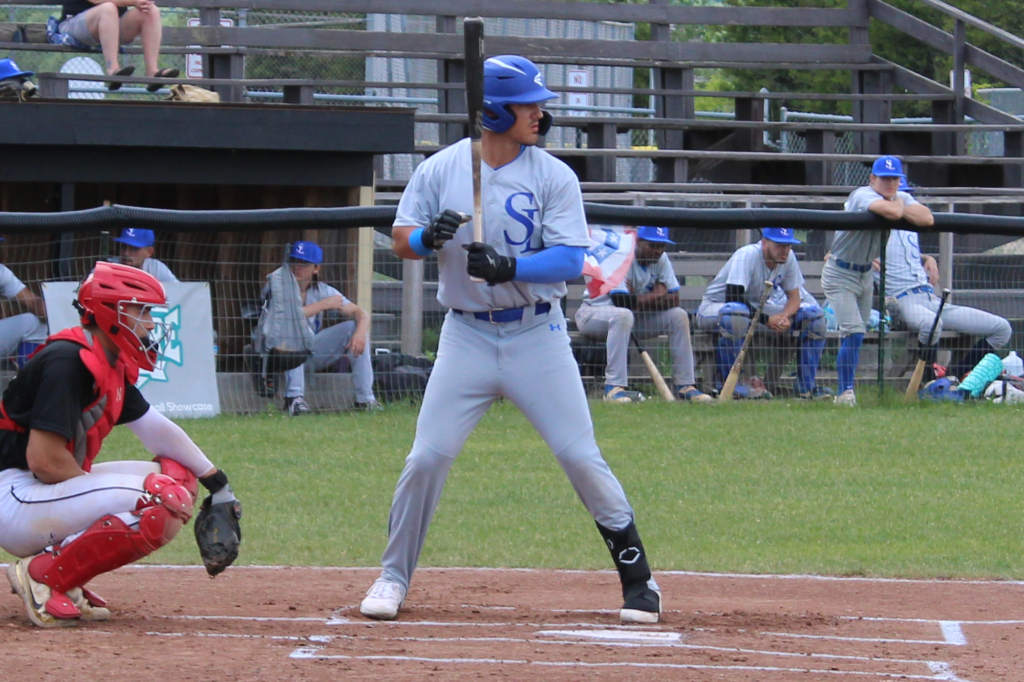 TUPPER LAKE, NY  –  The Empire Baseball League takes pride in giving players the chance to continue to play the game of baseball in hopes of getting a chance at the higher levels. So far during the 2022 season, three players have made the jump up to the Frontier League from the EBL.

Christian Naccari dominated the EBL early on in the season with the Saranac Lake Surge before getting a quick promotion to the Frontier League’s Empire State Greys. With the Greys, Naccari is batting .333, with 18 hits, five runs scored, one home run and five RBIs. He also has a .556 SLG and .393 OBP.

The second player called up to the Greys this season was the Tupper Lake Riverpig outfielder Khalyd Cox. In his short stint so far with the Greys, Cox is batting .357 with five hits, three doubles, one home run and three RBIs. His slugging is at 1.071 and his OBP is .438.

The most recent call up to the Greys was Plattsburgh Thunderbird outfielder Marcos Estevez. With the Thunderbirds, Estevez hit .473, with 26 hits, 20 runs scored, six doubles, four triples, two home runs, 25 RBIs and three stolen bases. He also walked more than he struck out, walking 15 times and striking out only eight times. In his 74 plate appearances, Estevez slugged 1.055 and had an OBP of .568.

As the EBL season continues, more players will get their chance to prove that they have what it takes to move up the professional ladder.