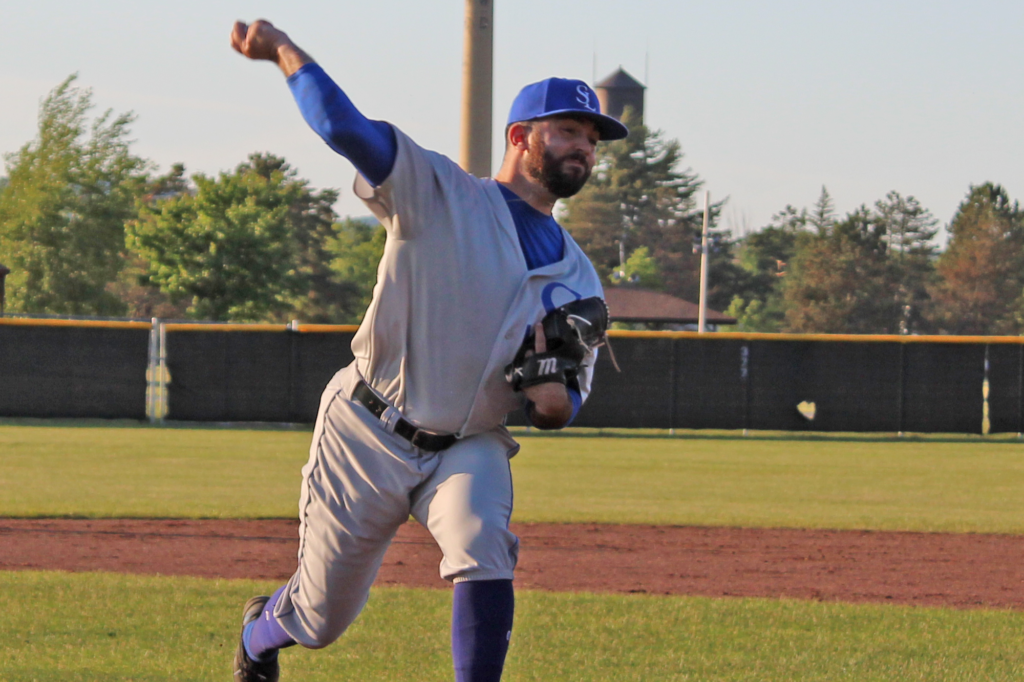 SARANAC LAKE, NY  –  In a battle between the bottom two teams in the league, the Saranac Lake Surge had the edge over the Japan Islanders. Although the Islanders looked good in game one, they were unable to obtain the elusive first series win.

Game one of the series was a full on pitchers duel, with both starters giving their offenses chances to take the game. But that would never be the case as the Islanders would win the game by a score of 2-1. Islanders starter, Hiroto Yasuda, had a very strong outing going seven innings and only allowing one run on four hits and one walk while striking out nine batters. Yasuda was relieved by Kenta Tanaka and Kazunori Takebayashi who both threw scoreless innings to close out the game.

The Surge got a very solid start from their starter Cairo Selden as well. Selden also went seven innings allowing four hits, but he walked six batters and allowed two runs, which would be the winning runs. Jordan Rhodes and Ryan Evans came in in relief and each threw one scoreless inning.

Ryosuke Ohashi was the top offensive producer for Japan in the game, going 2-4 with a run scored, an RBI and a stolen base. For the Surge, Johampher Arrendol and Ben Gravel both went 1-3 in the game and Dominiq Moore went 1-2 with two stolen bases.

Game two was yet another pitchers duel, ending in a 3-2 Surge victory. Shawn McFeggan started for the Surge and threw all seven innings in the shortened game. His final line included five hits, six walks, two runs allowed and three strikeouts. For Japan, Mizuki Akatsuka threw the entire game, going six innings, allowing three runs, on nine hits, while striking out four. Akatsuka did not walk any batters in his start.

On offense, Javon Martin went 1-3 with two RBIs for the Surge and Enyerberth Ascanio went 2-3 with a run scored and three stolen bases. For Japan, Sean Guida went 1-2 with an RBI and two stolen bases.

Game three saw the most offense in the entire series, as the Surge were able to put up ten runs on Islander’s pitching. Kenta Tanaka got the start for Japan and allowed four runs in six innings of work, Rui Akagawa allowed one run in his inning of work and Kazunori Takebayashi allowed five in his inning.

Jay Palais had a decent start for the Surge, going eight innings, allowing four runs on ten hits and four walks while striking out two batters. He was relieved by Ryan Evans who pitched a scoreless ninth inning.

Cory Alexander, Enyerberth Ascanio and Johampher Arrendol all had two RBIs in the game for the Surge. Alexander and Arrendol combined for five stolen bases as well. For the Islanders, Katsuya Arai went 3-4 with two doubles a run scored, an RBI and a stolen base.

On Wednesday, Japan will head to Plattsburgh to take on the Thunderbirds and the Surge will head to Tupper Lake to face off against the top seeded Riverpigs.