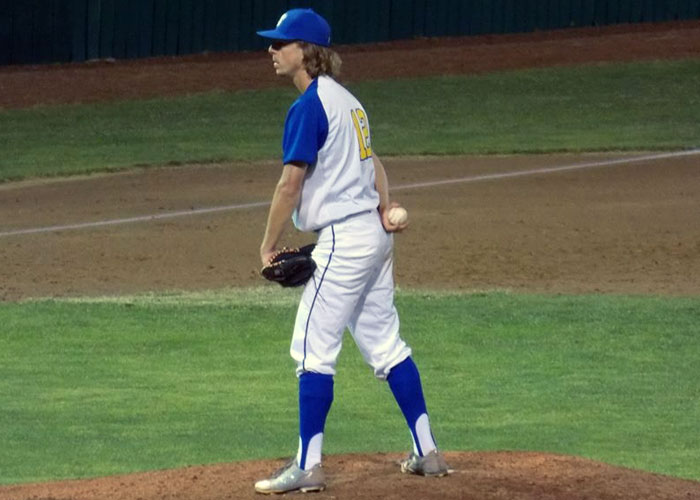 OLD ORCHARD BEACH, ME –  The Old Orchard Beach Surge defeated the Aguada Explorers 8-1 on Wednesday night at the Ballpark after a long trip to Puerto Rico.

Surge Starter Ricky Schafer was the winning pitcher for the Surge and now the league leader in wins with 5, pitching 6.0 innings with one earned run and giving up six hits. Schafer has been nominated into the EPBL All-Star game, and proved he deserved this achievement after Wednesday night’s win.
Key hitters for the Surge were Nick McHugh hit a blast over the left field wall, and Ryan Chesney who had an impressive three RBI game. John Tierney Jr. also had two base hits, along with McHugh, Chesney, and shortstop Djohn Suber all having two base hits.
After Schafer’s six innings pitched, Dylan Hatch came in for relief and threw three shutout innings to record the save. Hatch recorded three strikeouts and gave up zero hits.
Both teams will meet again tomorrow  at 2:00pm at The Ballpark in Old Orchard Beach for game two of the series.
Article by Empire Media